It is with great sadness that I & the Irish Guild of Sommeliers learned of the death of Yves Durand, Atlanta Georgia. May He Rest In Peace.
Yves was a great friend to me over many years. I met him at many international sommelier events in countries such as Japan, Croatia, USA, just to mention a few.
Deepest sympathy to his wife Inge, his son Thomas (Robin), daughter Tanya (Darren), his two sisters in France, Nicole and Isabelle, plus five grandchildren and great grandchildren.
Mr. Durand was a longtime member of The Commanderie de Bordeaux and Chaîne de Rõtesseur which helped him gain knowledge of all wines and ultimately achieve many awards including the following: In 1985, he was named Best Sommelier in French wines in the United States and was presented the award by Julia Child. In 1986, Yves represented the United States in Paris at the prestigious International Sommelier Competition. He placed first in the blind tasting category and third in the overall competition. In 1987, he wrote, Connoisseur’s Guide to Bordeaux Wines, twelve years in the making. Mr. Durand received one of the highest awards from the French Minister of Agriculture in September 1990 when he was decorated Chevalier de L’Ordre du Mèrite Agricole for his achievements in promoting French food and agriculture. In 1996, the National Academy of Television, Arts and Science presented Mr. Durand with an Emmy award for Outstanding Achievement in Individual Excellence/Performer for his GPTV program Wining and Dining with Yves Durand. 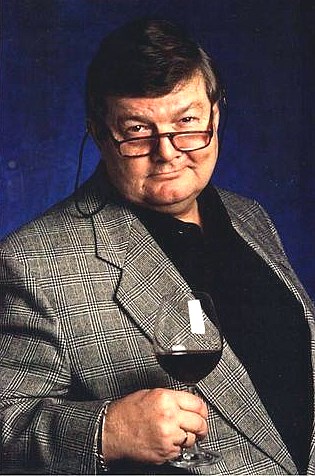 Yves Durand and his wife Inge brought fine dining and style to Atlanta’s early dining scene. Durand was also one of the best sommeliers in the U.S. and introduced many Atlantans to great wine on his tours of Europe with select groups. Photo: Courtesy of the family

Growing up in southwestern France, Yves Durand attended grade school where children were served diluted wine between lessons or with lunch.

France abolished the practice in 1981. Nevertheless, for Durand it started a lifelong obsession with the grape, or actually 10,000 grapes, for that’s about how many varieties exist.

One of his protégées Gil Kulers, now the head sommelier and beverage manager at the Piedmont Driving Club said recently, “I wouldn’t be surprised if Yves knew all of them.”

When Durand and his wife Inge moved to Atlanta in the mid-1960s, the city was a wasteland for gourmets and oenophiles alike. The couple opened one of Atlanta’s early French restaurants, Rue de Paris, and Inge recalled recently, “In those days the first thing people asked for was a cocktail and coffee. Together! They didn’t know how to drink. They didn’t know how to drink wine, except Blue Nun (then a pervasive and populist German wine).”

But he warmed up to his adopted hometown in 1985, when he beat 14 competitors for Best Sommelier in French wines in the United States. After Julia Child gave him the award, he told a reporter, “I am really glad to win this for Atlanta, because I know what top quality restaurants we have … I enjoyed telling all those people in New York that I am just a good ‘ol boy from Atlanta.”

Albeit one who transformed the epicurean landscape.

“They called him the godfather of wine in Atlanta,” Kulers said. “He made folks really want better wine. Before Yves there were no quality wines coming into the state of Georgia. But I’d say Atlanta right now in one of the top five U.S. wine markets.”

He was born in 1939 in the Bourg-de-Visa, a village in the Gascony region and grew up in Vichy. He spent the war years in the countryside where his grandfather made his own wine.

When he was hitchhiking through Europe at 19, he spotted 16-year-old Inge in Copenhagen. He told her he was looking for The Little Mermaid, the famous bronze statue.

“I was dragging my bicycle around,” she said. “At the time he didn’t speak Danish and I didn’t speak French, so we struggled with our English. I told him I could take him to the Mermaid. What can I say? He was handsome.”

They married in 1960, but initially had a trans-European relationship, with Inge in Copenhagen and Yves working as a waiter in Stockholm. Later they immigrated to Montreal, but despite the dazzling restaurants and French culture Inge said, “One winter was enough.” In 1965 they came to Atlanta and Yves was hired as a waiter at the Chateau Fleur de Lis, perhaps the city’s first French restaurant.

That was long before Atlanta became The ATL, where the closest to fine dining was the Coach and Six and the Switzerland House, both on Peachtree Road. In 1967, the Hyatt Regency opened and Yves became manager of Club Atlantis on the ground floor. Five years later he and Inge opened the first Rue de Paris in a then-thriving Underground Atlanta.

In 1974 they opened the second Rue de Paris in Buckhead. Yves was the front man, or as Inge said, “He was the one who knew everybody and kissed the hands of all the ladies.”

In 1981, he hired a 19-year-old waiter named Michael McNeill, who recalls those days as “a very flashy time in [Atlanta] restaurants.

“[At Rue de Paris] you had the classic dishes,” he said, “where you carved a rack of lamb at the table, and frenched the vegetables (cut into thin slivers). The dinner would last two hours. They had a little bar, no TV in sight. Customers were dressed to the hilt and the waiters wore tuxedoes. It was like Atlanta’s Downton Abbey.”

But in 1983 Yves had the first of five hip replacement surgeries and could no longer take days on his feet in the restaurant. He and Inge sold the name Rue de Paris, and he launched a second career.

In 1987, he published “Connoisseur’s Guide to Bordeaux Wines,” based on 30 years worth of his tasting notes.

He won best sommelier in French wines in the United States in 1985 in 1986 and, representing the U.S., he placed third in the Paris International Sommelier Competition. In the mid-1990s he also won an Emmy for achievement and excellence for his Georgia public television program “Wining & Dining With Yves Durand,” that ran for six episodes over two years.

All the while he was training and mentoring many young sommeliers, with several becoming masters.

He was renowned for tastings held in the cellar of his Roswell home, eight per year and always in winter. The Durands also served pate, cheese, salami, French bread, turkey and, as Inge added, “always the quiche.”

Beginning in the late 1980s Yves began leading overseas tours of vineyards and chateaux, usually to Southern France, but also to Spain and Italy, with four tastings daily at different chateaux.

Real estate attorney and friend Richard Smith, who went on nearly every one, remembers a visit to Giverny, France, the hometown of impressionist painter Claude Monet. It was there that the local sommelier challenged Yves to a blind tasting, a demanding exercise where memory, logic, art, along with the palate, play intricate roles.

“To watch him taste is something, to see him work it around in his mouth,” Smith said. “He believed you could taste it once, or twice, but never three times. Same with the nose. Then he’d start to answer the individual questions, narrowing them down to smaller and smaller circles.

“In this particular time,” Smith said, “Yves got the producer right, the country, the region, the grapes—he got everything right, right down to the chateau. Except for one thing, he got the year wrong, and I think he only missed by one.”

He is survived by his wife Inge, his son Thomas (Robin), daughter Tanya (Darren), his two sisters in France, Nicole and Isabelle, plus five grandchildren and great grandchildren.